Skip to content
HomeMarc Oliva: walking through the past

Since January 2010 I have been enrolled at the Centre for Geographical Studies of the University of Lisbon (CEG-UL) completing a postdoctoral fellowship. My interest in research came out in 2002 during a bachelor stay at University of Santiago de Compostela with Prof. Dr. Augusto Pérez Alberti, who encouraged me to follow my studies towards geomorphology and palaeoecology. In August 2003 I attended the field campaign headed by Prof. Dr. Antonio Gómez Ortiz in Sierra Nevada and during the first semester of 2004 I collaborated with him and with members of his group “Landscape and palaeoenvironments in the Mediterranean mountains” in a project about glacial and periglacial features in the Pyrenees. Subsequently, I successfully applied for a predoctoral grant of the Catalan Government (FI) that was finally substituted by the homologous fellowship of the Spanish Government (FPU), which offered better conditions. In both cases research was supervised by Prof. Dr. Antonio Gómez Ortiz and Dr. Lothar Schulte. I received the “Doctor Europaeus” Mention and was recognized with the prestigious Outstanding PhD Award of this university. In 2006 I also obtained two Master degrees (Geography and Applied Climatology), which were very useful during my thesis for mapping, statistical analyses of data, palaeoclimate perspectives, etc.

During my PhD research I also completed three stays in foreign centres (University of Bern, University of Ottawa) that contribute very positively to my career. My thesis was focused on the reconstruction of the Middle to Late Holocene palaeoecological evolution in Sierra Nevada, a high semiarid mountain environment in southern Iberian Peninsula where cold-climate geomorphological processes are currently dominant. Using an innovative multi-proxy approach, I reconstructed the past environmental evolution and the associated climate conditions based on the analysis of two different sedimentary records (solifluction landforms and mountain lakes) located at altitudes ranging from 2500 to 3000 m. The large number of national and international publications derived from my PhD shows evidence of the high level of the competitiveness of the research conducted in Sierra Nevada.

In parallel to my studies in Sierra Nevada, I had undertaken research in other mountain environments (Rocky Mountains, Patagonia, Alps, Pyrenees) that have provided me a wide overview and overall understanding of Earth surface processes and geomorphological interactions among the different land systems in alpine environments. After my PhD, Dr Gonçalo Vieira, a young professor at the CEG-UL, offered me to export all this knowledge to other cold-climate environments, particularly polar regions (Antarctica, Arctic). In fact, in these areas the warming trend over the last decades has been much more significant than the global average and further research needs to be addressed to frame it within the natural climate evolution occurred there over the last millennia. Several months after completing my PhD, I successfully applied for a postdoctoral fellowship funded by the Fundação para a Ciência e a Tecnologia (FCT) of Portugal in order to study these topics at the CEG-UL. Before the resolution of this fellowship, I also applied for the Beatriu de Pinós grant (BP-A, Catalan Government), which was approved shortly after the FCT grant concession. Therefore, during 2010 I was granted by the Portuguese government and during 2011 and 2012 I have been granted by the Agència de Gestió i Ajuts Universitaris i de Recerca of the Catalan government. In both cases the research project was centred on the reconstruction of past environmental changes and associated climate conditions in polar areas during the Holocene based on sedimentary records, with a special focus in the Antarctic Peninsula.

One thought on “Marc Oliva: walking through the past” 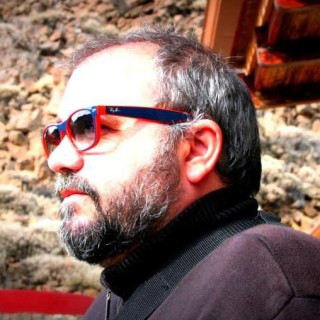